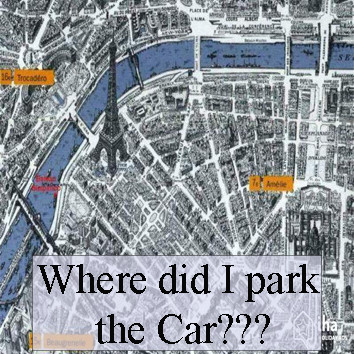 I have recently returned from a very enjoyable trip to France where I went for a week with my wife Naomi and our three youngest children to celebrate the twenty sixth anniversary of our marriage which was on November 12th. The day of the anniversary found us in Paray-le-Monial at the visitation chapel, where St Margaret Mary Alacoque was asked to spread devotion to the most Sacred Heart of Jesus, giving thanks to God for our marriage and for our eight beautiful children.

The Sacred Heart enters our Marriage

A couple of weeks after our marriage, my wife was doing a novena to St Thérèse. I had changed jobs and was working as a bar and restaurant manager at a recently renovated pub in Limerick city. On the back stairs I found an old picture of the Sacred Heart of Jesus which was destined for the skip. I asked the manager if I could have the picture and he first looked at me and then examined the picture perhaps suspecting that I was some sort of art connoisseur who had discovered a priceless work of art and that I was going to cash in on my discovery. At just that moment, one of the men working on the renovations passed by and exclaimed “that’s a holy picture, you can’t throw that out” whereupon the manager gave me the picture to take home.

We still have that picture, in a new frame, over the fireplace in our sitting room and my wife believes that it was a gift in answer to her novena to St Thérèse. I believe that I did indeed find a priceless treasure that day and the Sacred Heart of Jesus has been present in our marriage ever since but at a more intense level in recent years. I have often wondered who the original owner of the picture was and for some reason I imagine an old woman praying in front of the very image that now hangs in our house.

I Lose the Car in Paris

During our visit to France, I also wanted to visit the daughters of charity chapel at Rue du Bac in Paris, where Our Lady asked St Catherine Labouré to have the miraculous medal struck, so that I could show Naomi the very chair where Our Lady sat when she visited St Catherine. I dropped Naomi and the children at the entrance to the chapel and then went to park the hired car a few streets away. I got lost walking back trying to find my way to Rue du Bac eventually getting directions in my broken French outside St Vincent de Paul’s church from a man who told me that he was from Cambodia. After saying a few hurried prayers, (we were leaving France that night), I came out of the Rue du Bac to the dawning realisation that I did not know how to get back to where I had parked the car.

It took me almost three quarters of an hour to locate the car and I was very close to tears at one point during the search, at my own stupidity and for the disaster I had visited upon my family on account of that stupidity. We missed our flights to Shannon and had to take the next available flight to Dublin staying with my mother (who lives in Dublin) that night.

With my own car parked in Shannon we left Dublin at six the next morning as I had to have the car out of Shannon airport by nine, otherwise I would have to pay excess parking fees. This fortunately meant that we got to attend Cardinal Burke’s Mass at Sacred Heart Church on Sunday 16th last.

Why am I telling you all of this?

Well the trip to France, where we got to meet in person with our spiritual father and director who is a Benedictine monk at St Joseph de Clairval Abbey in Flavigny, the anniversary, and the very eventful last day in Paris have got me in reflective mode. I have been looking back over recent and not so recent events and I have also been thinking about the direction that these articles have taken me and the reasons I began writing these articles. Four weeks ago I did not know that I would be writing in praise of holy virginity and it has given me a much deeper insight both into holy orders and into the problems that beset marriage in our times. I have always wanted these articles to be not just informative but also to assist people in seeing what the problems facing marriage are and in looking at how best to deal with them so that more marriages will be happy.

All is not well within the Catholic Church

In the beginning I said that we needed to have a frank and open look at the problems both within and without the Church that are having a negative impact on marriage as it is lived in our society and I think that the time has now come to start delving into and addressing those problems, particularly those within the Church. I know that there are those who will not agree with my analysis and that some will object to what I have to say. The recent synod on the family has clearly shown, for those who have eyes to see, that all is not well within the Church especially within the ranks of the clergy. But this is not a new development, it is something that has been festering away for years within the ranks of the clergy and that has affected the common understanding of marriage amongst ordinary lay folk.

What brings me to this point is the concept of holy virginity and the fact that our church holds that the virginal state is higher than the married state. If this be the case then why would anyone get married. Or to put it another way, why would anyone give up their virginity and why does the church not demand that all of us choose the higher state of virginity? The answer is as simple as it is profound. Children!

Children are the reason for Marriage

To beget children is the only reason why anyone should lose their virginity. It is the primary end of marriage as taught by the universal and ordinary magisterium of the Church, and children, created in the image and likeness of God, are probably the greatest gift that God has given us apart from Himself. During our own married life, as the number of children increased, people would often say things like “so, is that it now?” or “when are you going to stop?”. Some would imply that we were being irresponsible in bringing ‘so many’ children into the world. In the end my answer to those who asked or commented or when talking to other young married couples was to exclaim “you can’t have too many children!”. The question I would pose is this; “if children are created in the image and likeness of God, then how can you have too many images and likenesses of God?” It is impossible.

Sadly, our culture no longer values children as it should. But the decline in our culture, which should have been checked by the Church, was instead accelerated by those false prophets within the Church who queried church teaching on marriage and family in a dismissive way and who, on the pretext of helping struggling families but with a false compassion, began making compromises on church teaching and began creating loop holes for married couples in the area of human sexuality with disastrous consequences which we will now begin to look at.