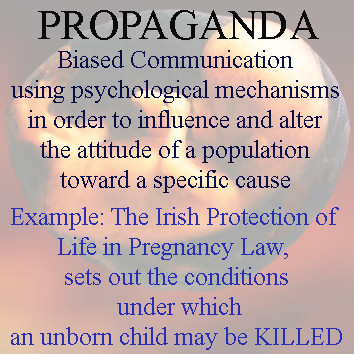 First Published in ‘The Catholic Voice’, Ireland, August 2015 The Propaganda War I want to look at what I consider to be one of the saddest aspects of the ‘Catholic’ campaign for a ‘NO’ vote in the recent  referendum in Ireland which claims to allow men to marry men and women to marry women. In previous articles I have shown how prominent Catholics spoke out publicly against same-sex marriage but contradicted Church teaching in doing so. One may ask why … Read More