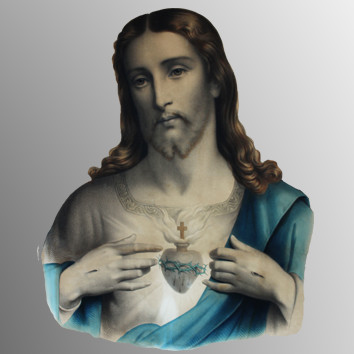 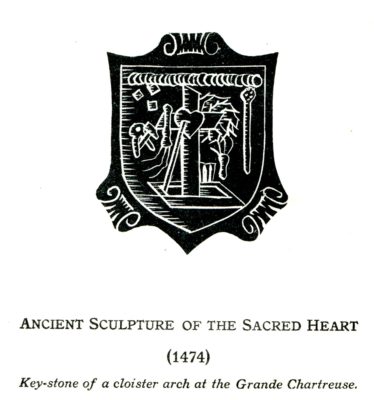 St Margaret Mary Alacoque was a victim soul of the Sacred Heart of Jesus who lived a life full of sufferings and humiliations in order to make reparation to the Heart of Jesus for the indifference of mankind to Christ especially in the most Holy Eucharist. St Margaret Mary revealed the following to St Claude de la Colombière

“Being one day before the Blessed Sacrament during the Octave of the Feast, I received from my God excessive graces of His love. When I was moved by the desire to make some return to Him and to render love for love, He said to me: ‘You can give Me no greater return than by doing what I have so many times commanded you to do,’ and revealing His Heart to me He said: ‘Behold this Heart which has so loved men as to spare Itself nothing, even to exhausting and consuming Itself, to testify to them Its love, and in return I receive nothing but ingratitude from the greater part of men by the contempt, irreverence, sacrileges, and coldness which they have for Me in this Sacrament of My love; but what is still more painful is that it is hearts consecrated to Me that treat me thus. For this reason I ask that the First Friday after the Octave of Corpus Christi be set apart for a particular feast to honour My Heart; I ask that reparation of honour be made to My heart, that Communion be received on that day to repair the indignities which It has received during the time It has been exposed on the altars; and I promise you that My Heart will expand Itself and pour out in abundance the influences of Its love on those who will render It this honour.’ ”

Our Lord made several promises to St Margaret Mary for those who would practice this devotion. In the original formula, as published by the diocese of Autun in France, there were eight promises. Some of these contained multiple promises which were later separated out into the twelve promises most commonly known today. Fr John Croiset S.J., who was St Margaret Mary’s spiritual director, says that these twelve do not contain all the promises made by our Divine Lord and that they are not even a summary of them but rather a selection to arouse sentiments of love for Our Lord in the hearts of the faithful and to induce them to practice the devotion. (Fr John Croiset, The Devotion to the Sacred Heart – TAN Books)

The devotion, which I recommend particularly for families to encourage the children in prayer, is principally a devotion of reparation to the Sacred Heart of Jesus for the indifference with which He is regarded by men especially in the most Holy Eucharist. Let us now have a look at the promises.

St Margaret Mary says “The Heart of Jesus contains treasures of grace, and it is the Saviour’s Will to pour them forth on men through the medium of devotion to this Sacred Heart”

The seven sacraments are the normal channels through which grace flows to us from the Church. Christ, in His great love for our souls, offers us the Devotion to His Sacred Heart as an additional source of grace, in order to call us to a deep love for Him by giving honour to His Scared Heart.

Let us draw close to His Sacred Heart so that we may avail of these graces in our lives.

Second Promise – “I will give peace in their families”

There are two kinds of peace. The false peace of the world which consists in the absence of strife, and the peace of Christ which is founded on faith.

We see an example of Christ’s peace when He is asleep and at perfect peace in the boat during the storm. The apostles, who are not at peace, awaken Jesus afraid that they will drown. Jesus rebukes them for their lack of faith and then He calms the storm to show that they need not be afraid.

In our day the family is under tremendous attack and the peace of many families has been destroyed. Yet here Christ promises peace to our families if we devote ourselves to Him through love of His Sacred Heart.

Let us determine to practice this devotion ourselves and let us encourage other families to take up this devotion so that they too may experience the peace of Christ in their family life.