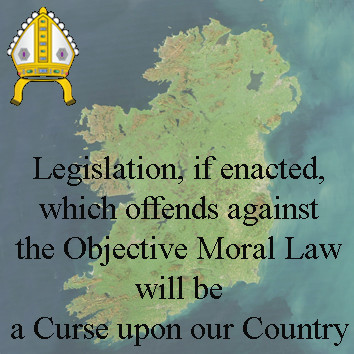 First Published in ‘The Catholic Voice’, Ireland, May 2015

In a previous article I mentioned that one of Ireland’s Archbishops, in 1970, issued a letter that was to be read out at every Mass in his diocese on account of the heretical statements made by one of the professors at Maynooth to the Irish Medical Union. This professor’s statements, contradicted Church teaching on contraception. The archbishop, who was the last episcopal voice in this country to publicly challenge the heretical positions of the Maynooth professors, also issued a statement in 1971 which addressed the issue of legislation which would permit the sale and distribution of contraceptives.… Read the rest