Irish Bishops are Harming Marriage
The Irish Bishops are doing serious harm to Catholic marriage and family life with their ‘Amoris’ programme which is being promoted to every parish in Ireland. The key to understanding why this is, comes at the beginning of the programme where it states.

“The programme takes, as its starting point, people’s experience of love and their hopes and fears with regard to marriage and family”

Situational Ethics
This is the basis for what is called ‘situation’ or ‘situational ethics’. This theory of ethics rejects absolute moral norms and says that decisions must be based within the context of the entire situation to maximise harmony and reduce discord rather than being based on the absolute moral norms.  It was developed by an American Anglican, Joseph Fletcher, who was a supporter of both euthanasia and abortion. Fletcher claimed that his code of ethics was based upon the principle that ‘God is Love’ and that this alone should form our decision-making processes.

Those who Love, Obey God’s Commandments
St John presents love as living our lives according to the absolute moral norms of God which are contained in the ten commandments. This is ‘true love’ because it is based on the laws of God who is love. It is not legalistic in the same way that not putting diesel into a petrol engine is not legalistic. Would you really call someone legalistic because they insist on always putting petrol in their petrol engine? Rather you would call someone foolish who insisted that sometimes, depending on the context of the totality of the situation, it is necessary to put diesel into a petrol engine.

The False Proclamation of Catholic Marriage as an Ideal
Yet this is what our bishops are proposing with their ‘Amoris’ programme. They state that marriage is an ‘ideal’ not a reality, and that the reality is that no marriage is perfect and that therefore we must accompany those who live sinful lives rather than admonishing the sinner as a spiritual work of mercy.

Fr Gerald Murray, the American priest and canon lawyer responds as follows to those who promote marriage as an ‘ideal’.

“The Church has always taught that marriage is intrinsically indissoluble by the express will of God. That the unbreakable unity of marriage is not an ideal, in the sense of an as yet unattained goal towards which married couples strive, but rather is the very reality, the very nature of marriage. The Church teaches that fidelity to marriage vows is not merely something that you should strive for in seeking to arrive at the ideal of marriage, but rather is a serious obligation inherent in the nature of marriage.

Thus infidelity is not an excusable failure to live up to an ideal that is difficult, perhaps even impossible to achieve. Infidelity is rather a positive rejection of a solemnly promised vow to live in accordance with the divinely willed nature of marriage. In short, the Church teaches that God joins a man and a woman in an indissoluble bond and offers them the grace to be faithful for life to the obligations inherent in this state of life. Any infidelity to these obligations does not cause that marriage to die or disappear. And marriage is not subject to dissolution by the retroactive withdrawal of consent at any point after the exchange of vows. (Fr Gerald Murray, The Catholic Thing)

The Irish Bishop’s Amoris Programme is Deceitful
The ‘Amoris’ programme makers recently released a series of videos to go along with the programme. The first video, titled ‘The Reality of Family Life Today’ opens with a woman called Gemma telling us about her life. She tells us that she is one of eight children from a happy family with a gentle prayerful father. She then tells us that she was married to Tony for twenty years and that she has three sons and a daughter. Twenty years after their marriage, Tony died from cancer leaving Gemma with three teenage sons and a ten year old daughter. She then tells us that her children have all matured well and that all of them have lovely homes and partners, in loving relationships. The video then cuts to another person who tells us their story.

There is nothing apparently wrong here, we sympathise with Gemma on her difficult situation and our feelings naturally go out to her. But there is a subtle deception being played here on the people who partake of this programme and they are being psychologically manipulated by the programme. This deception is not revealed until the fifth session of the programme where Gemma is once again before the cameras.

The Amoris Programme promotes the Acceptance of Active Homosexual Relationships
In this session, Gemma now goes on to clarify that one of her sons came out as ‘gay’ when he was twenty-seven. She says “I was quite ignorant at the time as regards gay people and didn’t really understand. I got involved with a group of parents in the north of Ireland and spent quite a lot of time with them and those very words “intrinsically evil” and “disordered” really upset us. We were people from Protestant and Catholic churches and people of no religion but we were just there as parents. We wanted to love and support our offspring.”

Gemma then says that she felt hurt at the words “intrinsically evil” and “disordered” and that she felt angry, but she decided to use her anger to do something positive. She became involved in setting up a group to reach out to other parents of ‘gay’ children and she says that she wanted to work within the framework of the Catholic church.

Homosexual Acts are Disordered
We are not told what the group she belonged to believes in and promotes as regards ‘gay’ people, or if this group upholds the teachings of the Catholic church. However, it is doubtful that they do as Gemma, in the first video, does not seem to have a problem with her son’s homosexual relationship with another man which she describes as loving. Gemma is not angry at her son for living a lifestyle contrary to Christ’s commands, she is angry at the Catholic Church for calling intrinsically evil sodomitical acts just that, ‘intrinsically evil’. She is angry because the church calls homosexual acts of anal intercourse ‘disordered’.

This is from session five of the ‘Amoris’ programme which is titled “God’s mercy – No One Excluded”. This session does not contain any reference to Catholic teaching on same-sex attraction and it is therefore seriously flawed because it does not correct the erroneous views expressed by Gemma in the programme’s videos. The programme ignores another precept of the Spiritual works of Mercy, to instruct the ignorant.

The Amoris Programme fails to Teach Catholicism
In fact, in session two of the ‘Amoris’ programme, which is titled, ‘The Christian Vision for the Family’, the full teachings of the Catholic Church on marriage and family life are not presented. Nowhere does the programme uphold Catholic teaching that the primary end of marriage is children. Nowhere does the programme re-iterate Church teaching on the intrinsically evil nature of contraception which is causing huge damage to marriages worldwide.

In the second video for session five, Bishop Alan McGuckian talks about marriage as being an ideal to which we aspire to. We have seen from Fr Gerald Murray that this is an erroneous view of marriage. It is evidence of situational ethics. Bishop McGuckian, speaking about the ‘law of gradualness’ also says that this law “does recognise that a small step forward from where a person is, is more pleasing to God than somebody else’s life that is running along perfectly well according to the moral law’.

Bishop Promotes Situation Ethics
This statement is hugely problematic. Is Bishop McGuckian really saying that someone who takes a small step forward away from sin, that is they do not abandon sin altogether, that this person’s life is more pleasing to God then say that of St Therese of the Child Jesus? Once again, we see situation ethics being promoted.

In St Luke’s Gospel when our Lord says, “just so, I tell you, there will be more joy in heaven over one sinner who repents than over ninety-nine righteous persons who need no repentance.” (Luke 15:7), He is not telling us that a sinful life is more pleasing to God than a just life as Bishop McGuckian seems to infer, rather the rejoicing is that of the father of the prodigal son, he who was lost is now saved.

St Paul Teaches a Different Message
One of the modern buzz words used by many in the Church is the word ‘accompaniment’. We must accompany the sinner in their journey and not judge them. I wonder what those who use this word would have to say about St Pauls words, inspired as they are by the Holy Spirit, in his first letter to the Corinthians.

“I wrote to you in an epistle, not to keep company with fornicators. I mean not with the fornicators of this world, or with the covetous, or the extortioners, or the servers of idols; otherwise you must needs go out of this world. But now I have written to you, not to keep company, if any man that is named a brother, be a fornicator, or covetous, or a server of idols, or a railer, or a drunkard, or an extortioner: with such a one, not so much as to eat. For what have I to do to judge them that are without? Do not you judge them that are within?  For them that are without, God will judge. Put away the evil one from among yourselves.” (1 Corinthians 5:9-13)

Not quite accompanying the sinner is it?

In light of the disastrous Irish Bishop’s ‘Amoris’ programme, I have decided that my next series of articles will look at the great encyclical of Pope Pius XI on marriage and family life, ‘Casti Conubii’. This encyclical is crystal clear in its teaching and is rock solidly based on the traditional magisterial and unchanging teachings of the Catholic Church. 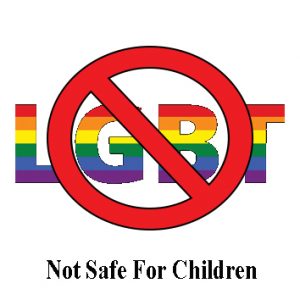