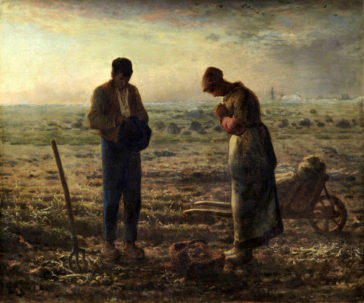 This article was first published in January 2014 and continues to look at the Catholic understanding of Marriage through Sacred Scripture.

This article can be downloaded from the Marriage Articles Section

We have seen how Christ dispensed with the concession permitting divorce which was given by Moses. We also know that Moses gave this concession on account of the hardness of men’s hearts. Does this mean that with the arrival of Christ men became softer of heart? The crucifixion clearly shows that men were still very much hard of heart but interestingly, the reaction of the disciples to Christ’s re-establishment of the indissoluble bond of marriage is recorded in Matthew’s Gospel.… Read the rest

Finally I have a little time to update the blog.  I have been operating a little shop near the Catholic Shrine in Knock since last August.  Initially I was located in a temporary premises a little bit away from the actual shrine and it was clear to me that not many people passed this way.  Fortunately, since November last year, I have relocated to another premises which is across the road from the original parish church of St John the Baptist here in Knock.

I usually attend the early morning mass at 8.00am in Knock and on the 12th March this year my wife pointed out to me that the side altar of St Joseph had been prepared for the celebration of the Latin Mass. … Read the rest

This article was first published in January 2014 and it looks at what is essential for a valid marriage through the eyes of Scripture.

Christ nullified the concession of Moses

So far, we have seen that a false notion of marriage has become prevalent throughout western society even amongst Catholics. We have seen in the Gospels how Jesus, in both Matthew 5:31-32 and in Luke 16:18, nullified the concession, given to the people by Moses, which permitted divorce. The Church confirmed this interpretation at both the council of Florence and the Council of Trent therefore any confusion as regards the Church’s position on marriage can only be through ignorance, or through wishful thinking, or else through a disregard for the teaching authority of the Church.… Read the rest

This article was first published in ‘The Catholic Voice’, Ireland in December 2013

Marriage, a gift from God – the Church’s Understanding through Scripture

In the first article I noted that western civilisation has collapsed due in no small part to the ongoing collapse of marriage. The traditional understanding of marriage has been seriously undermined in our society to such an extent that most people in western society, including many if not most Catholics, now see marriage as a romantic sexual relationship where two people, regardless of sex, decide to publicly pool their resources in order to increase their chances of happiness.… Read the rest